Ready to Get Back to the Gym? This is What You Need to Know. 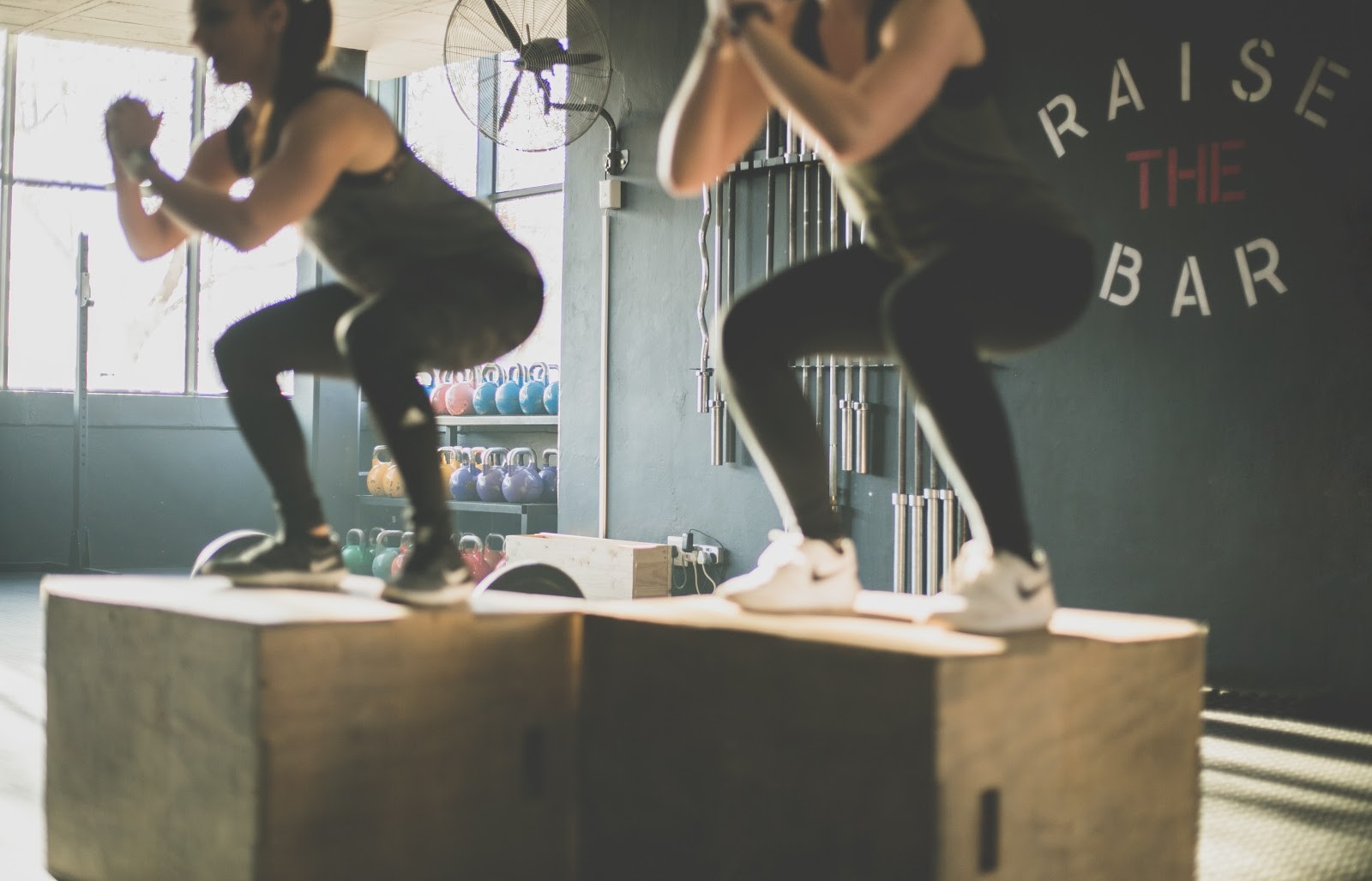 First of all, welcome back!

Whether your hiatus was by choice or not, getting back to the gym after taking a break is a big thing.

It feels like it should be simple, right? You’re the same person and you want the same things you did before — to build a strong, healthy body.  Plus you know how good going to the gym regularly makes you feel. So doesn’t that mean you should be able pick right up where you left off?

After taking a break from your workouts, you need to accept that you may face some challenges when you jump back in.  And I’m not just talking about rebuilding your physique — chances are your mental approach may need some work, too.

So now that you’re ready to start back, let's talk about how you should approach the first few weeks back at the gym.

Don’t Expect to Start Where You Left Off

It’s natural to think that you can jump right back into things at the gym, especially if you were super consistent before, or you feel like your break wasn’t all that long.  But realistically, most people will start to see a loss of strength and muscle mass after about 3 weeks away from training.

And while it can be tempting to go full-throttle, pushing too hard when you start back can end up doing more harm than good.

Instead of trying to lift heavy to rebuild your body, your initial focus should be increasing your training volume. This means the first 2-6 weeks of training (depending on the length of your downtime) should be aimed at accumulating sets at a reasonable weight and getting back into the groove.  This gives your body a chance to ease into the stress of a fitness program and start rebuilding your foundation.

After this period, you can start to increase weight, working your way back to where you left off.

Taking a measured approach may take some self control while you get back into the swing of things — but your body will definitely thank you! 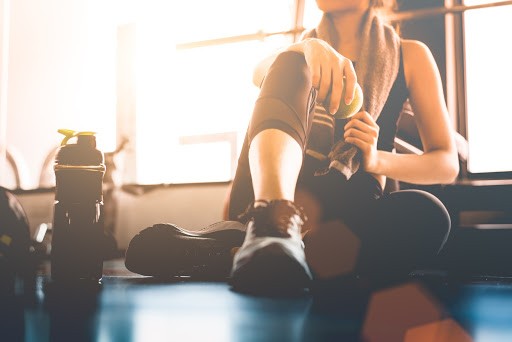 Along with progressively building volume, your body will need more time to recover during the first few weeks of your return.  Just because you were lifting 6 days a week before, that doesn’t mean it's best for you right now.

And it can be tough to balance the enthusiasm you might be feeling for your new fitness program with your recovery time.  When you’re trying to build momentum and stay consistent, the last thing you want to think about is taking days off.

But there are ways you can give your body more time to recover that don’t require sitting on your butt 3 or 4 days a week. Instead, try an active-recovery approach.

Try balancing 3 lifting days with 3 active-recovery days for a few weeks.  Head to the gym for an hour of steady-state cardio (like walking on the treadmill) between each lift day, and give yourself a true rest on Day 7. You could also consider a full-body lifting program, instead of dividing up body parts each day. This will help you avoid overtraining — you’ll naturally decrease the number of exercises each body part performs, while still getting a consistent, total-body workout.

Once you’ve taken this approach for a few weeks, you’ll be ready to start adding more lifting days or different body-part splits back into your routine.

Pay Attention to Your Body

When you start a new fitness routine, you should expect to be sore (we all know how it feels when you want to crawl up the stairs after that first leg day).  And sometimes the best way to flush out all that lactic acid in your muscles and help the soreness improve is to suck it up and keep moving.

But there’s a fine line between pushing through the soreness and overtraining, especially in the beginning.  To avoid this, you need to pay close attention to the cues your body is giving you.

You may need more rest during the first few weeks you’re back at the gym. You might be pushing a little too hard and need to scale back your workouts.  You might even need to modify exercises that worked for you in the past to make them work for you now.  It’s important to listen to your body to know what adjustments need to be made.

Ignoring what your body is telling you and getting injured will. 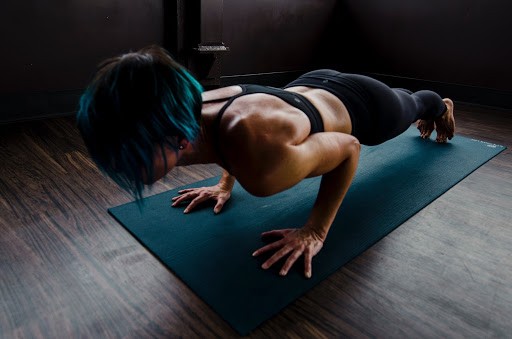 Sometimes it’s hard to remember what it felt like to be a beginner.  Once working out becomes a lifestyle, it's easy to gloss over all the weeks or months (or decades) it took to build your physique.

But the reality is, you had to be patient — putting in the work, day after day, to see results.

You have to take the same approach now that you’ve been away from the gym for awhile.

It's natural to feel like you’ve already paid your dues, or that your body should automatically bounce back to where it was before you stopped working out.  It's normal to want to shortcut the rebuilding process.

Too bad it doesn’t work that way.

You can get your body back to where it was (and maybe even a better version), but you have to be patient and put in the work it takes to get there.

Check Your Ego at the Door

And even though it’s been a while since you’ve hit the gym, you’re ready to get going and feel like that again.

But your ego — that idea that “I’m the one who does [whatever]” — can be really tough on you when you’re trying to get back into a fitness routine.

When your body isn’t performing the way you want, it can be really discouraging;  even if you’ve only been away a few weeks.  And the logical part of you knows you’re probably expecting too much, but it doesn’t keep your ego from telling you that you should be better.

Here comes that ego again, telling you you’re a failure if you can’t keep up.

Ego is the enemy of progress.

You don’t have anything to prove. You don’t need to compare yourself to anyone else.  You don’t have to measure up to some imaginary idea of what you should be doing.  All you have to do is commit to yourself and keep putting one floor in front of the other. 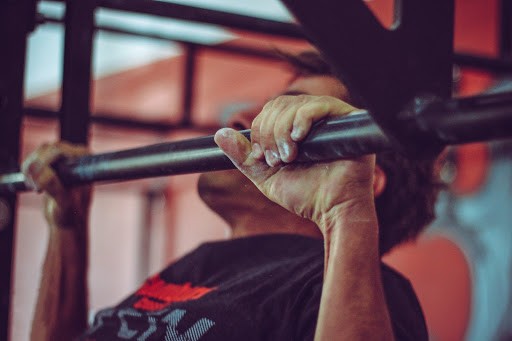 Be smart. Be patient. And get out of your own damn way.

Before you know it, you’ll be back and better than ever!